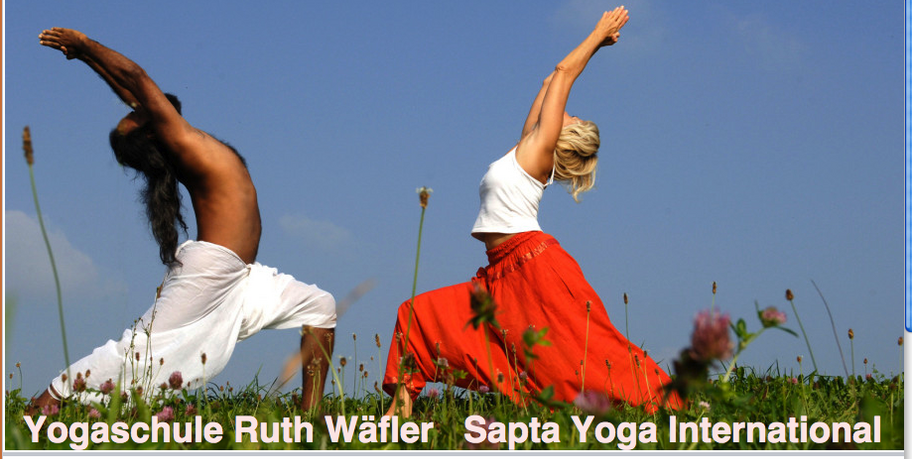 "In this world no one can give you health, happiness and wisdom, you have to achieve it. Yoga is one of the best ways to achieve it." Yogacharya Swami Sadananda Giri (Dr. Sushil Bhattacharya)

Founder Director of PatanjaliYogaCenter (1985), Sapta Yoga™ International (1995), & KotalghoshaVillage Project (1995). Sushil was born in Kotalghosha, West Bengal, India. In 1977 he began his yoga studies with Yoga Master Shri Anil Pal in Shantiniketan, West Bengal and in 1983-85 he studied with Yoga Rishi Dr. Swami Gitananda in Pondicherry, South India. His incredible flexibility and knowledge of yoga earned him First Place in India in 1983 in the All-India Yoga Asana Competition. In 1989 he placed second at an Olympic style Yoga Asana Competition held at the Third Decenial Convocation of World Yoga Society in India. Since 1987 he is continuously traveling around the world. This "Flying Yogi" teaches and demonstrates his happy way of doing Sapta Yoga in workshops and classes; on television and radio programs in Europe, Japan, North America, Nepal and India. He is also a well-known yoga therapist. Presently he is opening Sapta Yoga International Ashram in India and is devoting time and funds to helping poor villages in West Bengal.

Sushil's titles for proficiency in Yoga

Director and Founder of the Sapta Yoga™ International school in Bern, Switzerland. Ruth studied with Yogacharya Swami Sadananda (Dr. Sushil Bhattacharya) in Nepal and Europe. She got several Sapta Yoga Diploma. As well as she studied with Prof. Dr. Heinz Dolibois and Eleonore Dolibois. She is also holding a yoga teacher diploma from Swiss Yoga Association and European Yoga Union. She is an examination expert for the Swiss Yoga Federation. Ruth started yoga in 1984 and teaching since 1991. Presently she is assisting the Kotalghosha Village Project.

Our Ashram in India

The course takes place in our Ashram in  India with Sushil Bhattacharya.